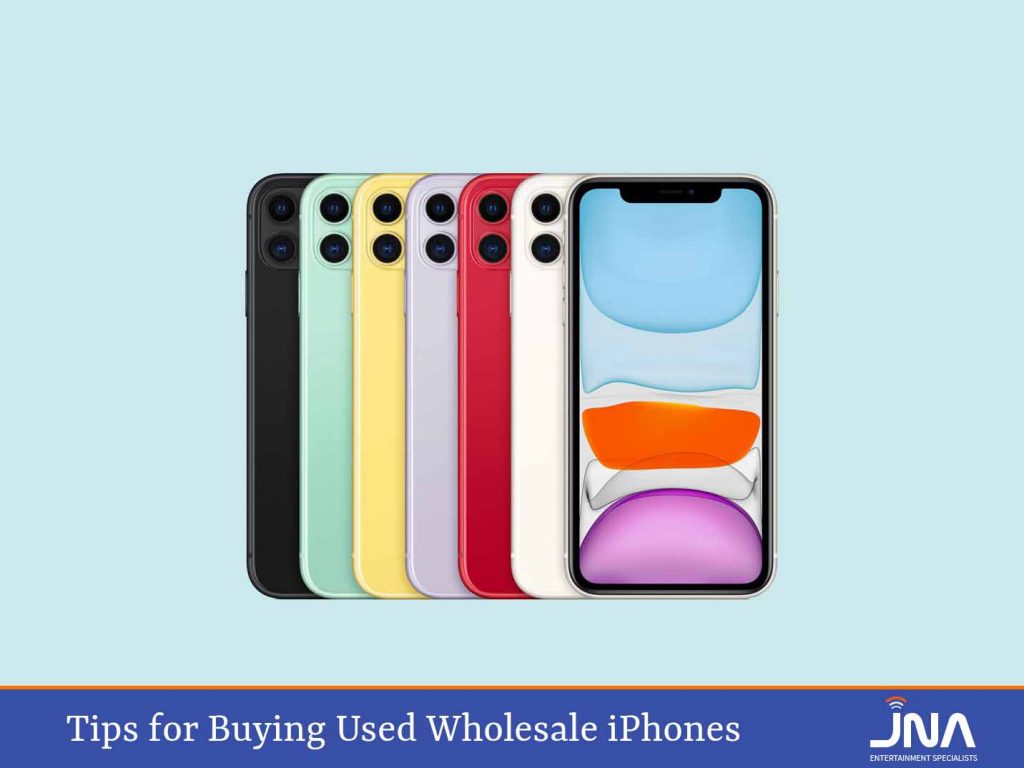 In recent years, the used smartphone market has been booming. Trade in used cell phones has risen on the back of customers looking for better value from their smartphone purchases and diminishing interest in keeping up with the ‘latest iteration’ new release cycle, now worth an estimated $20bn dollars worldwide.

The way that wholesale supply has evolved is another reason for the rapid growth of the pre-owned phone industry. In the past, a piecemeal affair left mostly to small-time online operators was the business of acquiring, refurbishing and selling used handsets traded in when a customer purchased new phone.

Now, to the next level, larger-scale professional outfits have taken the used phone wholesale. Capable of sourcing thousands of devices at a time covering all the top models, our robust reconditioning and grading service and US-wide distribution network ensures that retailers can get the models their customers want, when they want, and be 100% positive about the quality of the handsets they purchase.

Inquiries from distributors looking to stock second-hand smartphones want to start with the biggest brands, such as Apple’s iPhone, and sometimes ask for guidance on what to look for when purchasing wholesale devices.

So here are some of our top tips for buying wholesale used iPhones.

The importance of doing your due diligence on who you are purchasing used iPhones from can really not be emphasized enough. Unfortunately, there is a wide black market for second-hand products run by unauthorized operators, as with many high-value electronic gadgets. Many of them are able to dress up as legitimate companies through the internet.

The danger you take is that orders never arrive, low-quality devices are sent, or stolen goods are even sent. There is no need to take such risks-just do some background checks on the company you are proposing to work with, ensure that they are properly licensed, search around for feedback and consumer reviews, and make your choice based on credibility and proven credentials.

Source stock for quality, not availability

A lack of supply of high quality used stock is one problem we hear most from used iPhone retailers. They claim that they are left to take whatever is available to their supplier, and are frequently frustrated by the physical and operating state of the device. This means that they either have to sell on, earning little margin, for a knock-down price, or else buyers are unwilling to purchase the handsets at all.

In order to prioritize efficiency, we will always advise retailers. Never just embrace inventory just because that’s what a retailer has available-if it’s not what you want, or you’re not pleased with the quality, look elsewhere.

Also Read : Why People Keep Buying iPhones And Why iPhone Reselling Is Easy?

Check to see if you can benefit from Marginal VAT

For second-hand products retailers, the VAT Margin Scheme is a special tax benefit that provides a lower tax rate and calculates VAT on the margin you make on every item sold, not the full selling price, as is normal. That means that by selling used wholesale iPhones, you can make some essential tax savings. The scheme has strict guidelines, however, and eligibility all depends on whether or not the wholesaler has paid VAT (it only applies when no VAT has been paid on the items previously). Therefore, you have to source stock from wholesalers who also work under the rules of the scheme to take advantage of the scheme.

One of the advantages of working with a larger Cellphone wholesaler is that the top labels and models are often highly accessible, and our grading system is extremely detailed. On both the marginal and the normal VAT system, we supply from Grade A Pristine to C and even D. 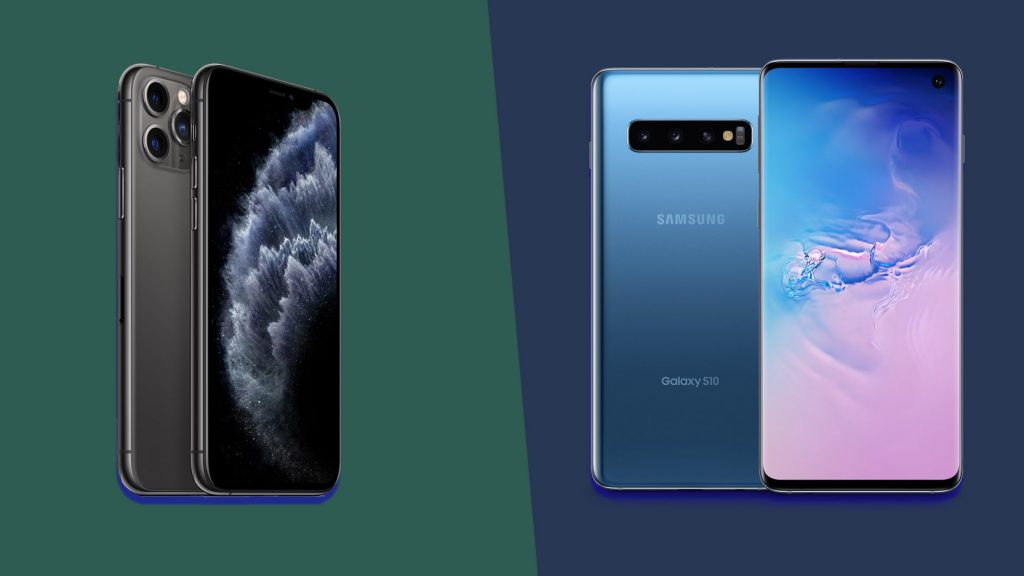 It can be challenging when it comes to purchasing a new smartphone, lets discuss iPhone vs Android. It’s not easy; both provide a lot of useful features and can seem essentially the same as the brand and the cost.

A closer look reveals that there are several important distinctions. To help you select whether an iPhone or Android smartphone is right for you, read on for a closer look at some of these differences.

The hardware is the first spot where the differentials are evident between the iPhone Vs Android.

Only Apple manufactures iPhones, so it has incredibly close control over how the core technology work along. On the other hand, the Android app is sold by Google to several phone manufacturers, including Samsung, HTC, LG, and Motorola. Android phones differ significantly in quality, weight, functionality, and quality because of that.

In terms of hardware efficiency, premium-priced Android phones appear to be as nice as the iPhone, but cheaper Android options are more prone to problems. Of course, iPhones may still have hardware problems, but typically they are of better quality.

You just need to choose a model if you’re buying an iPhone. Since many businesses produce devices for Android, you have to select both a brand and a model, which can be a little confusing.

The greater choice Android offers can be favored by some but others enjoy the simplicity and consistency of Apple.

You have to get an iPhone to make sure you still have the new and improved version of your mobile operating system.

This is because some Android manufacturers are reluctant to upgrade their devices to the new version of the Android OS, and often they don’t patch their devices at all.

As an example, take iOS 11. It includes full iPhone 5S support, which was released in 2013. IOS 11 was installed on about 66 percent of the compatible devices within 6 weeks of its release, thanks to support for such an old computer and complete availability for all other models.

Ann the other hand, more than 8 weeks after its release, Android 8, also known as Oreo, was running on only 0.2 percent of Android devices. Even its predecessor, Android 7, was only running on around 18 percent of devices about a year after its release. The phone manufacturers, not consumers, decide when the OS is released for their phones, and most businesses are very slow to upgrade, as stats show.

So you need an iPhone if you want the latest and greatest as soon as it’s ready.

Also, Read: Why People Keep Buying iPhones And Why iPhone Reselling Is Easy?

Although Google’s guidelines for Android are loose, Apple is famously strict on what applications it allows. Although the control of Apple can seem too tight, situations such as the one where a fake version of WhatsApp was published on Google Play and downloaded by 1 million users before it was deleted are also prevented. That’s a big potential threat to the defense.

In addition, many developers have spoken about the difficulties of creating too many different phones for them. Instability, which supports vast numbers of devices and OS models, makes it costly to build for Android. For instance, Temple Run’s developers stated that almost all of their support emails had to do with unsupported devices early in their Android experience, while they support over 700 Android versions.

Combine production costs with the focus on Android free software, and it decreases the possibility that developers will be able to recoup their expenses. Key apps also almost always launch first on iOS, if they come at all with Android versions coming later.

There had been a time when Nintendo’s 3DS and Sony’s Playstation Vita dominated handheld video games. iPhone changed the game.

With tens of thousands of great games and tens of millions of gamers, Apple devices like the iPhone and iPod touch are indeed the major forces in the mobile video game industry. In fact, the rise of the iPhone as a gaming platform has led some analysts to expect that Nintendo and Sony will be eclipsed by Apple as the leading mobile game platform.

Above everything, Apple emphasizes iPhone beauty and simplicity.That’s a big explanation why users can’t update the storage or replace the batteries on their iPhones. A replacement iPhone batteries can be obtained, but a professional repair person needs to mount them.

Android lets users change the battery of the phone and expand its storage capacity anytime they wanted.

The exchange is that Android is a little more difficult and a little less sleek, but compared to running out of memory or avoiding paying for a costly battery replacement, it may be worth it.

So, which is better smartphone for you between iPhone vs Android? Share it on the comment below!