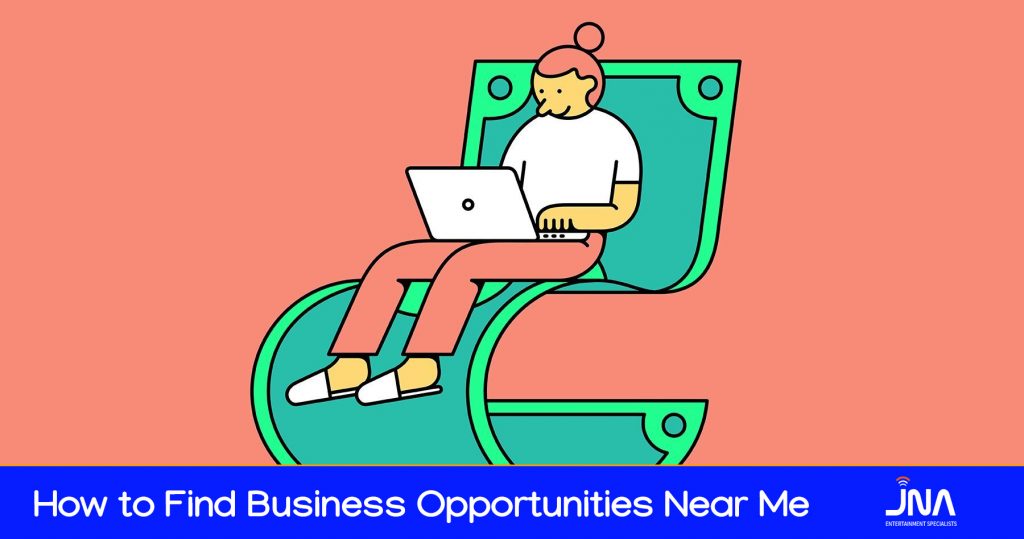 In 2021, there are a plethora of exciting business opportunities to pursue. Of course, laser focus is the essential key for business success. So make an informed decision. Having that said, each opportunity on this list has the potential to be successful. So, let’s start brainstorming some business ideas together and see what we can come up with to help you find the right match.

Driver for Uber or Lyft

You can become an Uber or Lyft driver if you’re looking for a local business opportunity. Keep in mind that this is a very common market opportunity right now. However, given the likelihood of self-driving cars in the future, this market opportunity could be fleeting. However, if you enjoy seizing business opportunities quickly, you can start a driving service and use Uber or Lyft to find customers. This is especially beneficial for limo drivers who want to make more money than they can from a limousine company.

If you’ve been Googling “business opportunities near me,” you’ve probably noticed that food delivery services are becoming increasingly popular. For your food delivery service, you have the option of driving, biking, or walking. You don’t have to be the one supplying the food to take advantage of this business opportunity. You can also run your own company by recruiting people to deliver food to customers. You will sell the food, snacks, or drinks that customers are buying if you own a convenience store or restaurant. This may be a good way to broaden your company’s scope.

In the local business niche, Airbnb renting is one of the most appealing business prospects. Finding tenants for your unit or spare bedroom can be difficult. As a result, broadening the audience and renting to travelers is a great way to make money. You may charge a price that is comparable to or less expensive than a hotel’s day rate. As a result, if you were booked for the whole month, you would have made more money than if you rented to a tenant the usual way because expectations vary.

Food is a passion for many entrepreneurs. That is why so many people dream of opening their own restaurant. However, since rents in popular cities are exorbitant and competition is fierce, many restaurants fail after just a few years. As a result, aspiring restaurant owners should consider starting a food truck company. It allows you to serve your own food while lowering your risk.

You can offer to be a personal shopper for people in your neighborhood if you have strong knowledge of fashion or another field. This is where you go to buy things for people who are too busy or unwilling to buy things for themselves. Knowing what’s hot and what’s not will help you stand out from the crowd of personal shoppers in your neighborhood. You may also go above and beyond by inspiring your clients to try something new that you believe can improve their appearance and trust.

JNA Authorized Dealer helps expanding your business. If you want the strongest brand in the Telecommunication industry and take advantage of our one stop shop with strong business solutions.

JNA entertainment specialists have authorized partnerships with some of the most prestigious companies in the cable, internet, and home security industries.

The ones you investigate are the ones that will change your life. Recognizing an opportunity is just one step in the process. Another crucial aspect is taking the first step in starting the company. Allow these market opportunities to serve as a guide to what has the potential to be successful. Also, strive to choose one that is a good fit for your skills and interests. 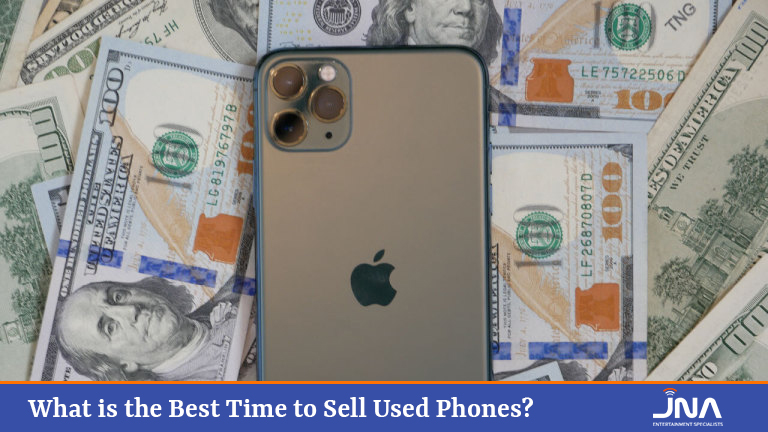 The first months of the new year are generally seen as a time for new beginnings as the dust settles after another busy Christmas season. Resolutions, fitness schedules, garage clean-outs, closet purges, and spare-room purges are all part of the tradition of resolving the excesses of the holiday season.

The beginning of the year is also historically a time when secondhand markets experience a surge. If you were fortunate enough to receive a new smartphone for Christmas, you would need to decide what to do with your old one. Rather than letting it languish in a cupboard or worse, throwing it out, it’s a better idea and try to sell it and make some money.

Is January to March are the best month to try to sell a used phone? Is there such a thing as the best time of year to try and sell an old phone? Let’s take a look at some of the most important factors.

The law of supply and demand

After Christmas, the used phone market is surely bustling. However, much of this activity comes from the supply side for the reasons mentioned above – many people have extra phones to sell after the busy holiday shopping season. As a result, it’s a perfect time of year for used phone dealers and retailers to stock up on new stock, as there are a lot of new devices hitting the market.

However, from the perspective of the buyer, this surge in supply means you might not get as good a deal for your old phone as you would otherwise. Although January to March are usually a month of sales and bargain hunters, there is also a certain amount of belt-tightening after Christmas as people begin to watch their pennies once more.

So, what is the best time to hang on to your phone before attempting to sell it? The release dates of new models are an important factor to remember. When Apple releases a new iPhone every fall, there is a sudden influx of older devices into the market as early adopters try to get their hands on the newest version. This lowers the cost of a used phone.

Looking to sell your old phone at least a month before a new release helps to avoid this decrease in value. With iPhones, this is fairly easy as Apple has a fairly consistent routine for new models – selling used iPhones over the summer is usually a good bet. With Samsung phones, it is slightly more difficult as the release dates tend to vary, meaning you have to keep tabs on mobile phone industry news.

Finally, to complete the circle, the run-up to Christmas is always a good time to sell any kind of in-demand item. As smartphones become more durable and customers seek more value, it’s no longer just brand new handsets that people find in their stockings – pristine condition used and refurbished smartphones are just as good as brand new models. As the market expands, late autumn will become an increasingly good time to trade in your old phones to meet rising demand.

JNA Dealer Program distributes thousands of handsets worldwide on a monthly basis several thousand in stock at any one time. If you’re thinking of getting into the used smartphones market, or already in the market and looking for a new reliable supplier, contact our friendly trade team today.