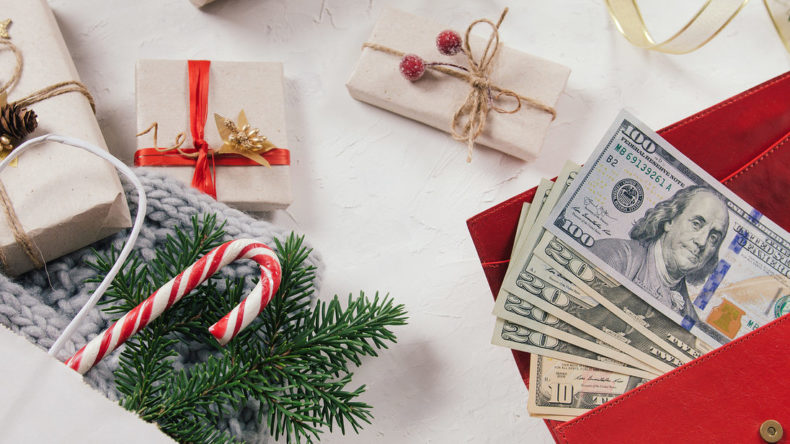 Employees have long been rewarded with holiday bonuses as a way to demonstrate their thanks. Employees like being praised, but they prefer cash. Employees may be anticipating and banking on a Christmas bonus to cover holiday spending or pay bills if an employer has previously offered financial bonuses. When the pandemic has upended day-to-day operations and the sales of so many enterprises, what kind of holiday bonus will businesses be offering in 2021?

The explanation is more likely to have to do with the company’s financial line and operational realities than with the employers’ kindness and respect of their employees. The size of a company and how sales have changed or increased throughout the epidemic will determine this year’s bonuses.

If your firm is planning holiday incentives for 2021, learn about usual bonuses and presents, what other companies are doing, and how to avoid employee resentment.

In our September 2021 pandemic effect survey, Business Know-How included two questions concerning bonuses to gain insight into what small firms were doing this year. Only 41.6 percent of survey respondents said they would give a holiday bonus this year. A number of the respondents included phrases like “If I can afford it.”

This figure was slightly lower than the 42.8 percent of employers that gave cash bonuses in the previous year’s poll.

What Is the Average Amount of a Holiday Bonus?

If you ask 25 different small businesses about their bonus plans, you’ll almost certainly get 25 different responses. Some commonalities appeared when we queried respondents about the kind of bonuses they were awarded this year.

79 percent indicated they were providing a set sum of money. The amounts ranged from $20 in one example to $10,000 in another. Almost half of those who responded said it would be between $100 and $500. Others planned to pay a percentage of their salaries, with one week’s wage being the most frequent figure. Some people were still undecided regarding the bonus’s form and amount. Some gave different sums to different employees depending on their position or performance at the organization.

What Are the Bigger Companies Up To This Year?

According to a September study by Willis Towers Watson Data Services of large and midsized US companies, 66 percent said they will give bonuses this year, with executives and management level employees being the most likely to receive them. 26 percent indicated they weren’t sure if they’d pay incentives, and 8% said they wouldn’t give any at all.

Because of the necessity to stay open, keep shelves stocked, and lines at cash registers moving, some big box stores have paid “hero pay” bonuses throughout the year. Target and Lowe’s both revealed plans to give incentives to employees this fall in October 2021. While these aren’t strictly holiday bonuses, they do arrive around the holidays. Small, local retailers who can’t afford incentives or pay increases may find it more difficult to hire and retain staff as a result of such perks.

What Type of Bonus Should Your Business Provide?

Most firms, based on our observations and research, choose one, or occasionally more, of these options.

Almost everyone appreciates a little more income during the holidays. One factor is that most people have additional holiday expenses. A cash bonus is a one-time payment made to all employees by some small organizations. In other cases, it’s calculated as a percentage of compensation or based on the profitability of the company during the year.

Bonuses based on performance

Performance-based bonuses are sometimes given instead of or in addition to Christmas bonuses by some companies. Bonuses are awarded based on whether or not employees met or surpassed annual sales or targets in these pay-for-performance systems. Performance bonuses are frequently not given out until the start of a new year.

Gifts that aren’t in the form of money

In lieu of or in addition to a financial incentive, many small firms give a non-monetary present. Others provide unique benefits such as holiday flexibility or additional vacation time.

First and foremost, can you afford to offer a bonus? Over the course of a quarter-century, one company adjusted its annual incentive offerings based on the year’s earnings and profits. Employees were treated to elaborate Christmas parties with high-value raffle prizes and significant financial bonuses during profitable years. There were no financial bonuses, no parties, and no rewards during the recession.

If your company has previously offered holiday bonuses but will not be able to do so next year, inform employees as soon as feasible. Many employees rely on such bonuses and include them in their yearly wages.

Second, choose bonus amounts with care and equity. Consider “fair and equitable distribution,” which means bonuses should be consistent, distributed equitably, and based on merit. Ascertain that no employee feels shortchanged unfairly.

Third, make sure that all employees are included. Ensure that every employee is recognized in some way throughout the Christmas season, if at all possible. When a week-long employee received a bonus and she didn’t, one four-month temp worker was disappointed.

Give the gift of time as a fourth option. Consider giving paid time off if your firm can’t afford cash or gift bonuses this year. Almost everyone may benefit from additional time spent with family and friends. Employees will appreciate an extra day or two off over the holidays to rest after a long year of hard work.