Learn how to get the new and powerful AT&T TV, plans, package, and prices. 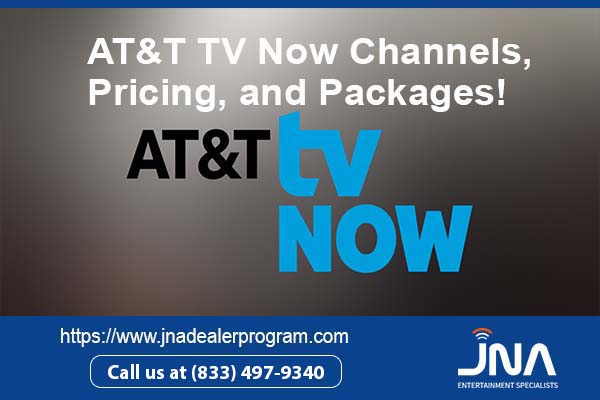 What is AT&T TV NOW?

AT&T began to compete in the cord-cutting market only in 2016 when it launched its DirectTV NOW service. Initially, the service consisted of differently priced subscription plans but suffered from a loss of more than 1 million customers after subsequent rate hikes.

In the middle of 2019, the company decided to re-brand its offering to AT&T TV NOW and added other subscription plans to capture a more discerning viewer market. Aside from this, the company also offers other live TV streaming services

It is compatible with most popular devices such as the Amazon Firestick, which is perfect for cord-cutters. Overall, AT&T TV NOW is a great choice for cord-cutters who want to watch sports, movies, news, and children’s programming at a very competitive monthly fee.

It comes free for AT&T Unlimited & More plan subscribers. For those who aren’t subscribed yet, it may delight first-time cord-cutters because it is the cheapest non-discounted option available. It doesn’t come with DVR and doesn’t support multiple streaming on different devices though.

It requires a contract plus a set-top box and is available only in some cities in California, Florida, Kansas, Minnesota, Montana, New York, Texas, and Washington.

Channel availability depends on the type of subscription plan. The Plus plan has 45+ channels while the Max plan offers 60+ channels plus wider sports coverage. HBO, which is a paid add-on channel in most IPTV services, is already included in all plans.

AT&T TV NOW claims that it offers new channels that are not covered by its competitors. These include Comedy Central, BET, Nickelodeon, Nick Jr., MTV, and VH1.

Take note that some regional sports and local channels are not available in selected markets.

There are two featured packages offered by AT&T TV NOW. The Plus plan is priced at $65 per month while the Max plan is $80 per month.

Note: In the middle of 2019, AT&T increased its monthly rates for the Plus and Max plans from $50 and $70, respectively.

Also Read: What is the Best 4k Streaming Service

The free trial period for 7 days

Other packages are also available.

$110 per month and includes 85+ channels with Science, Travel Channel, Game Show, YES, The Weather Channel, and OWN

What’s unique about AT&T TV NOW is its viewer-friendly features. For example, instead of redirecting the viewer to the main menu upon launching the app, it plays the last channel that was viewed previously right away.

It has a list of options on its menu, which include Watch Now, My Library, Discover, Guide, Search, and Settings.